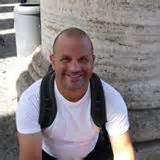 So – I was on my way to Ohio, driving non-stop from my family in the San Francisco bay area. It was such a great ride. I was on a mission – so time was not boring. How could I be? As I embarked on my journey to start my first job as a fresh college grad, every turned brought adventure and a new facet to my living dream.

Unknowingly, during sleep I would also have an addition to my journey. While I was sleeping at a truck stop (probably somewhere in the middle Wyoming or Nebraska) I had a dream about my family.

The setting was Greek Easter – for the non-Greeks that means a really big family celebration filled with joy and laughter. The main characters were my Aunt Margie, my late and great Uncle Dino and myself. Dino was cutting the lamb like he always does (such is a role for a noble man of integrity), and Margie and I were around him socializing with no specific aim. As time passed, my Uncle Dino cut the ankle bone. This was significant for some reason as it seemed this piece of meat was meant to go to a noble person – at least it was depicted that way in my dream.

My Uncle Dino looks at me and begins to toss it to me (what an honor)… Sike! Last second he reverses the toss over is should, like a Magic Johnson no-look pass, right to my Aunt Margie. With a big smile on his face he gives me a wink, as if to imply “next time”.