Just make darn sure to keep those EMT shears handy and be prepared for a bit of swearing and frustration over the knots if it’s a loose braid. If you like shopping on the internet for your rope (either because it’s hard to find cotton rope near you or because you prefer your bondage gear to arrive in anonymous parcels), then you can buy cotton rope here instead. Important Factors In Choosing Any Bondage Rope. Let’s face it, price is a factor. (On the plus side, it’s not expensive to replace when you do cut it.). There is another type of cotton rope I’ve seen, which I picked up at a Mitre 10 a couple years back for fairly cheap. It actually polishes up and becomes shinier and smoother with use. That’s right, it doesn’t degrade. Cons:. Basically all the same cons as the one just above, with the addition of bulkier knots due to the increased thickness of it.

It’s easily accessible; cheaper than most bondage ropes, it has decent tooth (essentially, friction; what holds your knots and stuff together), it’s washable, and it’s decently strong. It is possible to dye it. Con: Doesn’t take dye as well. That is, the colors will be more muted, less brilliant. The times when I’ve felt it most likely that I would need to use safety scissors to get someone out of rope, have all been times when I’ve been using this kind of cotton rope. So if you’re going to use it, keep those EMT shears handy. 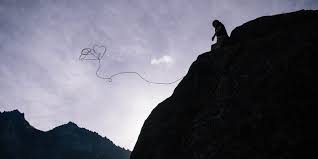 With the core removed, a single hank of it weighs almost nothing. You can carry a lot of it around with you. It’s generally quite strong; you can usually put it under heavy load with minimal fear of stretch or breakage unless its obviously frayed. Goes well with the traditional shibari aesthetic; has that natural, organic kind of look. It works well for bedroom bondage, but I wouldn’t put it under heavy load. Due to that same lack of friction as mentioned above, you can’t really use hitches or friction based means to lock off tension the way you can with natural fibre ropes of greater tooth. End post. Answered the whole question, just like that.

You’re going to need a decent diameter on your rope. The thinner it is, the more pressure will be concentrated on one spot, which leads to issues with circulation, nerve damage, general discomfort and bruising. Let’s face it, sometimes the Internet is just more convenient. Next we have a polypropylene webbing. Mine certainly have: I went from feeling “so-so” about hemp to loving it, just by getting a different supplier. I hope this post was useful for people wanting to learn about the different types of rope!

Weighs more than the one above, but that’s not a massive issue. Summary:. Your ties may not stay in exactly the same place as you put them, riding up or down, etc. It’s not particularly aesthetic. Con: More expensive. Pro: Less expensive. Jute makes for extremely good photos in it’s un-dyed state. It generally has very clean lines, and has a sort of compelling aesthetic to it which honestly can make a person fall in love with it. It actually polishes up and becomes shinier and smoother with use. That’s right, it doesn’t degrade.